Peggy Noonan is an opinion columnist at the Wall Street Journal where her column, Declarations, has run since 2000.

She was awarded the Pulitzer Prize for Commentary in 2017.  A political analyst for NBC News, she is the author of nine books on American politics, history and culture, from her most recent, “The Time of Our Lives,” to her first, “What I Saw at the Revolution.” She is one of ten historians and writers who contributed essays on the American presidency for the book, “Character Above All.” Noonan was a special assistant and speechwriter for President Ronald Reagan. In 2010 she was given the Award for Media Excellence by the living recipients of the Congressional Medal of Honor; the following year she was chosen as Columnist of the Year by The Week. She has been a fellow at Harvard University’s Institute of Politics, and has taught in the history department at Yale University.

Before entering the Reagan White House, Noonan was a producer and writer at CBS News in New York, and an adjunct professor of Journalism at New York University. She was born in Brooklyn, New York and grew up there, in Massapequa Park, Long Island, and in Rutherford, New Jersey. She is a graduate of Fairleigh Dickinson University in Rutherford. She lives in New York City. In November, 2016 she was named one of the city's Literary Lions by the New York Public Library. 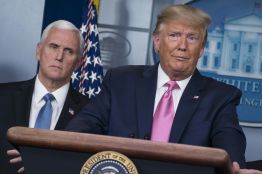 If it hits America hard, a lot will change—the national mood, cultural habits, the economy.

The Best Democratic Debate in Years

Veteran candidates were on fire and at the top of their game. Can newcomer Mike Bloomberg recover?

Mike Bloomberg Could Pull It Off

Biden’s collapse created a vacuum in the center, and the former mayor has the money and will to fill it.

The fiasco in Iowa, the foolishness at the State of the Union—do they realize how bad they look?

A reporter’s tasteless tweet about the NBA legend, a Senate Republican blunder in forgoing witnesses.

Impeachment Needs Witnesses on Both Sides

Forget Democrats and Republicans. The interests of a third party, History, are more important.

Meanwhile, a debate showcases the Democrats’ detachment from life on the ground in America.

Soleimani Had It Coming, but Don’t Get Cocky

Do nothing to encourage Iranians’ love of country to transfer to loyalty to government. Play it cool.

Warren Zevon’s Wisdom for the 2020s

Sizing up impeachment, the presidential campaign and the prospects for striking back at the ‘woke.’

The Century of the Postheroic Presidency

Bill Clinton started the trend. By 2016 voters had given up on high standards in the White House.

Impeachment looks like a victory for Democrats, but their lurch left will prove far more consequential.