Look, the robot dogs have sniper rifles and drones now; it's clear The Robot Apocalypse is exactly where we're headed. It's also clear that part of the apocalypse will be caused by robots that still haven't learned to identify what they're looking at. Surry, England resident David Knight got another reminder of that when he received notice of a fine for driving in a bus lane in Bath, England, 120 miles from where he lives. As The Daily Mail reported, the CCTV system monitoring the bus lane over the Pulteney Bridge thought it took a picture of Knight's Volkswagen Transporter with the license plate "KN19TER." What the CCTV camera actually took a picture of was a woman walking in the bus lane, that woman wearing a T-shirt with the word "KNITTER" on it. 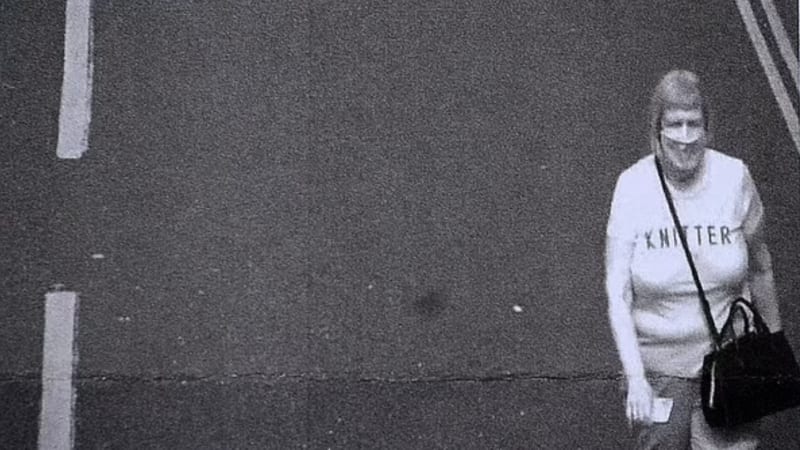 Since the process from snapshot to mailing a penalty appears to be entirely automated, no one looked at the photo. Not only that, the CCTV caught KNITTER in June, but only sent the fine to KN19TER last month. Not paying such a fine within 30 days causes it to rise from £60 to £90, but it's hard to pay a fine within 30 days — never minding the fact that you didn't commit the offense in the first place — when you haven't received it.

If you need a smile today... Paula and Dave received a fixed penalty notice in the post. A CCTV camera had caught "them" driving in a bus-lane in Bath. Except it wasn't their car. In fact it wasn't a car at all. #BBCNews @BBCPointsWest @BBCRB pic.twitter.com/5rks7xsbcx

At least there's been a partly happy ending. David's wife Paula called the Bath and North East Somerset Council to alert the council to the error and the council agreed to cancel the penalty and fine. There's no work on whether the council is now going after the woman in the t-shirt. Who it really needs to go after is the company with a machine learning algorithm poor enough to confuse a woman in t-shirt with a car, which sounds like the same code used for Enforcement Droid Series 209.

STUDY: Car Models with the Most Reckless Driving

But Bath isn't alone; the city council in Paris, France is about to have the same problem. Over the summer, at least one regional speed camera snapped a cyclist in the Tour de France exceeding the limit. Then, after lowering the limit in the city center to 30 km/h and telling everyone the camera would only catch large metal objects, local sporting goods store Distance sent runners out to test the assertion, and the cameras photographed the runners, too. The robots, they're coming for everyone.