Holman W. Jenkins Jr. is a member of the editorial board of The Wall Street Journal. He writes the twice-weekly “Business World” column that appears on the paper's op-ed page on Wednesdays and Saturdays.

Mr. Jenkins joined the Journal in May 1992 as a writer for the editorial page in New York. In February 1994, he moved to Hong Kong as editor of The Asian Wall Street Journal's editorial page. He returned to the domestic Journal in December 1995 as a member of the paper's editorial board and was based in San Francisco. Mr. Jenkins won a 1997 Gerald Loeb Award for distinguished business and financial coverage.

Born in Philadelphia, Mr. Jenkins received a bachelor's degree from Hobart and William Smith Colleges and a master's degree in journalism from Northwestern University. He was a 1991 journalism fellow at the University of Michigan. 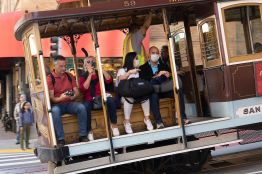 Fear Itself Is the Biggest Coronavirus Danger

Trump is vilified for singing from the same hymnal as Democrats in New York and California.

How Bezos Can Influence Climate

His ‘just do it’ approach to space travel can also be used to cool the planet.

How Not to Panic Over the Wuhan Virus (or Russia)

Governments are starting to use the word pandemic so publics can be ready to protect themselves.

A judge’s ruling clears the way for Sprint and T-Mobile after years of rigmarole.

Putting dollar signs in the eyes of activists is not the same as catching fire with the voting public.

The U.S. stands a better chance than Wuhan because the public is informed.

Winning a 5G Battle but Not the War

An FCC chief outsmarts the swamp but the U.S. has not solved the puzzle of competing with China.

In the automobile business, miracles are few and rightly suspect.

Why Hope Is Fading for Sprint and T-Mobile

A lousy strategy by the Trump administration is leading to a court loss and a loss for consumers.

The Cure for the Chinese Flu

Already backyard pig production is fading, and ‘wet’ markets will fall to progress too.