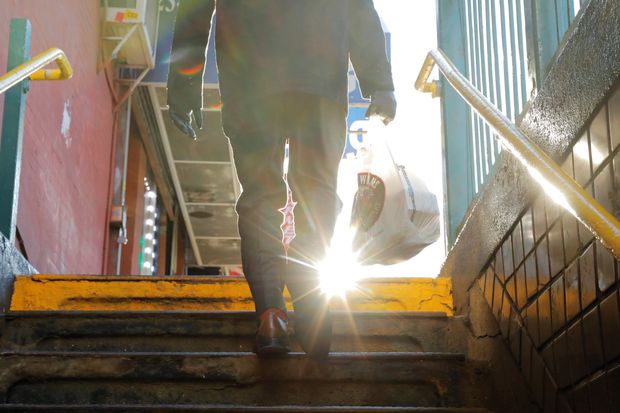 A plastic-bag manufacturer and an association of New York City bodega owners sued the state’s Department of Environmental Conservation.13 hours ago

The restaurant owner is refusing to pay $260,000 in rent and fees to New York’s Metropolitan Transportation Authority.

A firm overseeing more than 6,000 apartment units in New York City disputes allegations that it hasn’t been complying with lead-paint regulations.

Companies in New York City that use artificial intelligence and other technology to make hiring, compensation and other human-resources decisions would face tighter restrictions under a bill introduced Thursday.

It has taken three years and more than $350 million for NYU Langone Health to break even with its satellite hospital in Sunset Park, Brooklyn

An NYPD detective who interrogated a 13-year-old charged in the murder of a Barnard College student testified that he misled the teen to get information.

Police said a yellow school bus hit and killed a 10-year-old girl in Brooklyn on Tuesday morning as she tried to cross the street.

Canadian retail tycoon Peter Nygard stepped down as chairman of his company after authorities raided the firm’s Manhattan offices as part of an investigation into sex-trafficking allegations against him.

Weinstein Conviction Is a Lifeline for District Attorney

The conviction of Harvey Weinstein has provided a boost for District Attorney Cyrus Vance Jr., whose three terms have been marred by criticism that he failed to prosecute sex crimes and deferred to the rich and powerful.

A federal judge sentenced Hot Pockets heiress Michelle Janavs to five months in prison Tuesday for agreeing to pay $300,000 to give two daughters an illegal edge in college admissions.

In Manhattan’s Diamond District, Haggling is Half the Fun

Selling jewelry on a Midtown block featured in the Adam Sandler movie ‘Uncut Gems’ wasn’t as treacherous as portrayed in the film, but an undercurrent stirred mixed with some genuine good will and advice.

New York City’s Department of Investigation needs four years to clear up a backlog of background checks on thousands of city employees, the commissioner said, saying the agency has limited resources.